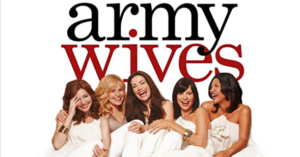 Trevor: Are you serious?

Sandy: I’m just sayin’. A person can get in a lot of trouble here ya know. If they wanted to.

Trevor: All right.  As weird as this sounds, I’m actually in love with my wife so…just…watch it. 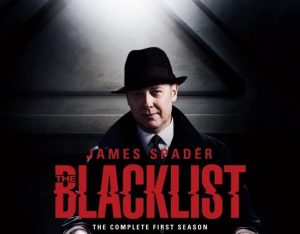 Red: As entertaining as all this has been, we really do need to leave now. The next sound you hear is gonna be the FBI knocking on your door, and I, for one, am not gonna be here. Wujing! Look at me !

Ressler : What about the other vehicle that hit him? The driver loses control and never slams on the brakes? Nah, he needed speed enough to drive Chandler’s car through that railing.

Liz : As crazy as it seems, it did work. I mean, this Chandler guy is everywhere every news show, talk show. 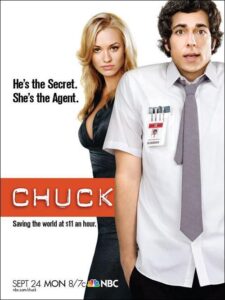 Carina: Sure you don’t wanna come back to my hotel room?

Chuck: Um…as flattered and intimidated as I am by your proposition…why me?

Ellie: He’s on a date with Sarah. I’ll tell him you stopped by.

Morgan: I would appreciate that. He’s supposed to be helping me by now. If I don’t become a better salesman by tomorrow night, I could get fired…although, I guess I could just crash here until I land on my feet.

Ellie: As inspired as that makes me to help you, I would rather just change the locks. 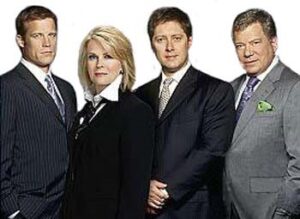 Tara Wilson: Honestly? I think he’s hurt. You hear all the time how clients are let down by their lawyers, sometimes it’s the attorney who’s let down by the client. As silly as it may sound the cynical, jaded Alan Shore gets a bit desperate sometimes to believe in the goodness of mankind. He found, I think, some hope in you. And you crushed it. Like a bug.

Jerry : This doll is a virgin. Now, the police have her. You’ve got to get her back. That officer was groping her. That’s why I had to take action.

Alan : Here’s the problem with your theory, Jerry. As plausible as it sounds now, you and I both know when you actually get up to give your closing, you’re “Hands” Espenson. Chewing on a silly wooden cigarette isn’t going to distract you from the reality that you have very little trial experience, that you’re scared to death just to be in the room, and that as able as you might be to fool others or even yourself, I know what you are. And knowing that I know, feeling my stare upon you, that you’ll be utterly reduced to an ineffective, bumbling, inarticulate man with Asperger’s, because that’s what you are, Jerry.

Fiona: As stimulating as all this is, I still don’t see why you called me over here, Michael. 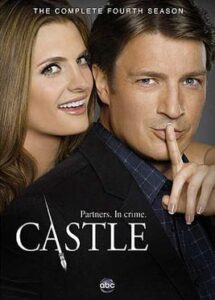 Beckett: I have a murder to solve.

Castle: I thought that’s what we were doing. Okay, I… I am just kidding. I do have another source.

Beckett: And you call your ex-wife “a deep-fried Twinkie.”

Castle: Trust me. As annoying and Intrusive as you think I am, she’s a million times worse.

Lanie: As freaky as all this is, let’s not forget it happened postmortem. The actual cause of death is up here. Bruise pattern indicates the assailant strangled him with both hands.

Wellesley: Mmm. As delightful as this conversation has been, I must take my leave. I have to meet my brother at his campaign headquarters.

Jordan Shaw: Do you know how they caught Son of Sam?

Castle: A parking ticket. Berkowitz parked too close to a fire hydrant.

Jordan Shaw: All we need to find is our parking ticket and we catch this son of a bitch. As smart as he is, he’s got a fatal flaw. 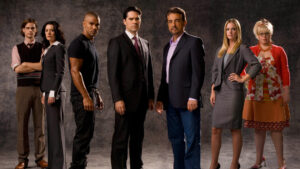 Hotch: Fathers blame themselves when a child is kidnapped. As irrational as it is, it’s typical. This guy didn’t do that, why not?

Elle: Well, in these situations, innocent parents, they don’t hide their feelings of guilt, while guilty parents do.

David Rossi: As tragic as that outcome was, my order on that day was the same as it is now. This man is not going to be taken alive. 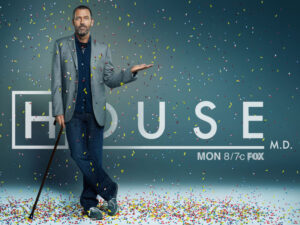 Dr. House: I’d settle for that.

Dr. Terzi: As tempting as a position on your staff is, I like it here. 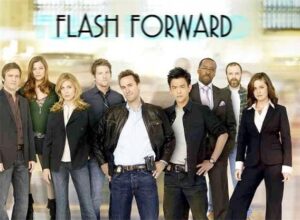 Mark: As bad as it could have gone without getting shot at, yeah.

Mark: Tells us what, Lloyd?

Lloyd: As precisely as I can tell, the next blackout is sometime in April 2010, which means it’s in the next two days. 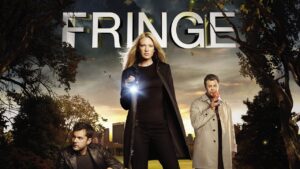 Walter: Is he ready?

Olivia: As ready as he’ll ever be, I guess. 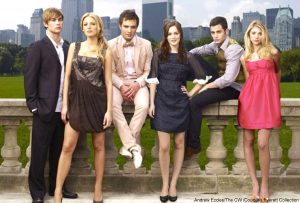 Lily: Serena, you’ve been gone. Doing who knows what with God knows who…

Serena: I told you, boarding school was not like that.

Lily: As happy as I am to have you home, you have no idea what it’s been like.

Nate: Wait, Sarah’s there? With Dan?

Vanessa: As strange as it may seem, Dan is here. It is his dad’s gig.

Mohinder: I know, I know. I’m beginning to sound like my father. I can’t help it. You know, they can fire me too, if they like. But there is something to it, Nirad. As crazy as it sounds. 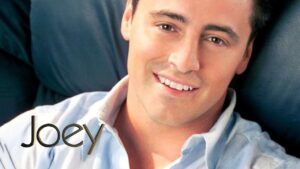 Joey: Hey Michael. Are you studying again? Do you realize how depressing that is to come home to?

Michael: As depressing as it is to come home to an empty lasagna tray?